I’m an indie filmmaker.  Which is another way of saying I’m a glutton for punishment.  I work to make good stories that are off the beaten path, hoping to move people in strange and unexpected ways.  Make them laugh, cry, feel, think… creep them out… help them to see the world in a strange new light. That kind of thing.

I do this unapologetically. It’s challenging, fun, and I truly think it helps us to make that much more out of our lives.

My background is in film production and development, which led me to write, direct, edit, and produce my first feature Subject Two. This modern-day Frankenstein story premiered at the Sundance Film Festival, where Screen International included me as one of their Top 15 Filmmakers to Watch. So that was nice. The movie is now in distribution worldwide, and you can find it on Amazon, iTunes, and Netflix, among other places.

I also made a short film called ‘Til Death, a Kickstarter-backed horror romance that went on to win Best Short at a variety of festivals. I also wrote a feature, Open Book, a romantic drama that won the Grand Prize at the Table Read my Screenplay Competition at the Austin Film Festival. Another feature screenplay, the killer thriller This Man Must Die, was a Finalist in the PAGE International Screenwriting Competition.

So good things are happening. I’m now adapting ‘Til Death into a feature, as well as developing several other projects for both film and the Internet.  I also work as a film instructor at the Academy of Art University in San Francisco, and I’ll be making noise in the social media world soon.  2018 will bring some news!

Follow @pchidel online and you’ll be sure to hear about it:

Other very important things: I’m a diehard Washington Redskins fan, bleed orange and black for the San Francisco Giants and Baltimore Orioles, go Blue, and strongly believe in the unifying power of the independent artistic voice.

Thanks for visiting. Hope to see you around.

One tweet. @Thundercat retweeted. That’s my boy. Gotta be the shoes. twitter.com/troubledprops/…

I'm probably gonna use Twitter as a progress journal for custom sneaks. So follow I guess if you like the behind the scenes. Anyway I'm about half way done with these @Thundercat Chuck 70's. I'm really happy with how they're turning out. Keep an eye out for more updates. pic.twitter.com/YRNOK37Stc

@SalientShadows Yeah. I hear this movie is pretty good. :)

@thehill Talk about FAKE NEWS. Spread misinformation, speak loudly as if it makes it true, be accusatory, and bla… twitter.com/i/web/status/1…

@sincerely__ivy People get so bent when told to do something that’s not their choice. Sorry if masks are meant to p… twitter.com/i/web/status/1…

@WritersGuildF The dirty dozen!! As an 8 yr old I picked it up and was hooked. Though they cheated in the bathroo… twitter.com/i/web/status/1…

@Hammer_Photo @IamDanDaMan @DaveVescio All he wanted was to ruin the people that wronged him. Too vindictive to be noble.

@DaveVescio Gene Hackman in Unforgiven. He’s just trying to keep his house in order. But he’s a terrible carpenter.

@OddNMacabre Activate the giant cream pie I have jerry-rigged to the door.

@RKSimpkins Sultry. It’s the only answer to this question. Always. The night was sultry. 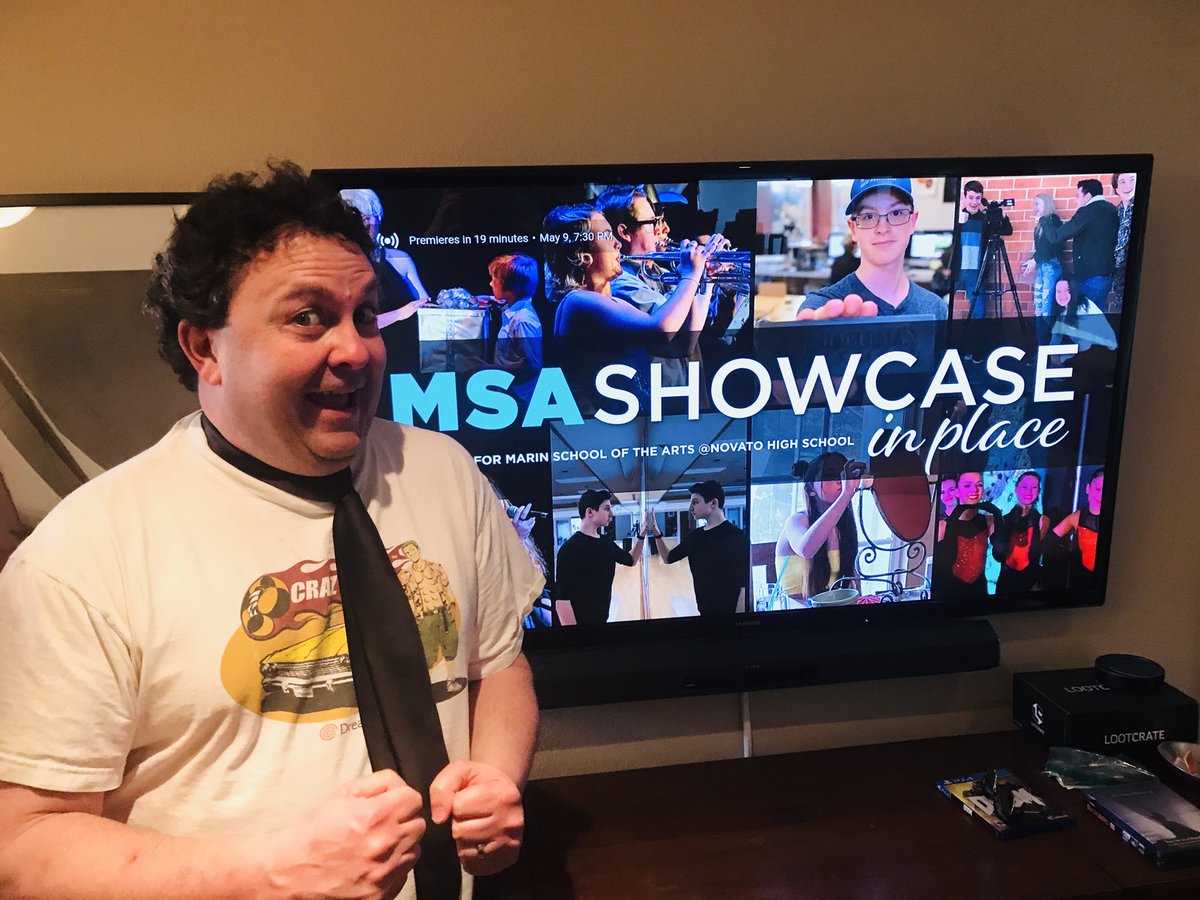 SHOWTIME!! Come see what I've been producing. More importantly: See the great talents that I gleefully work with e… twitter.com/i/web/status/1…

@OddNMacabre Shoot someone already said her!!

Joining discussion... This hashtag should be trending. My #FivePerfectFilms : 1. Parasite (not just saying bcaus… twitter.com/i/web/status/1…

@JamesGunn You know, I should really read the thread before I post. This was already brought up. But then again...… twitter.com/i/web/status/1…